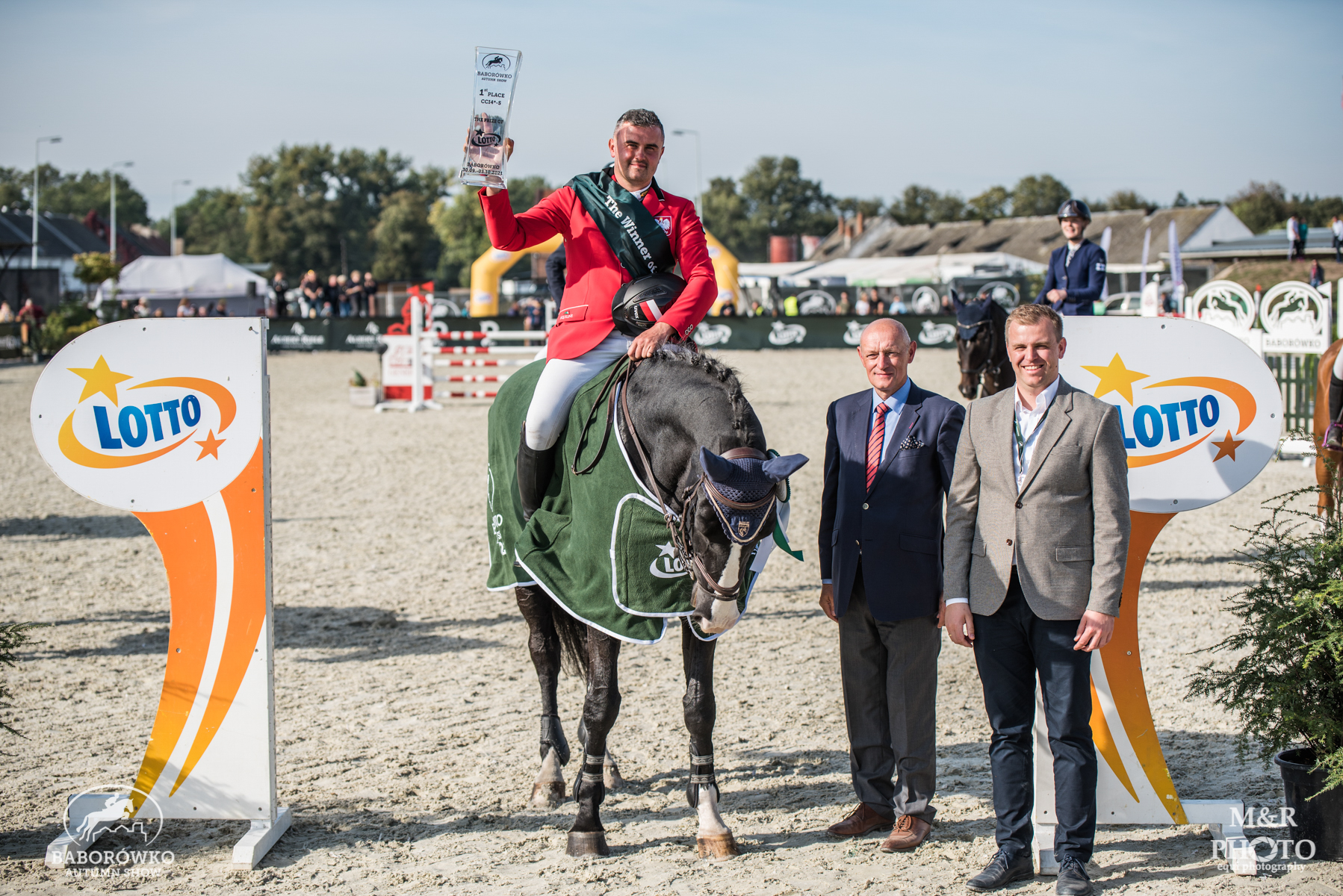 The showjumping trial for the highest ranked class at Baborówko Autumn Show 2021 – the CCI4*-S, presented by LOTTO, brought changes in the leaderboard. The course designer prepared a demanding challenge for the athletes, which resulted in only three clear rounds inside the time. Even the leaders had poles down. Amanda Staam (SWE), who was in the first position overnight, had two knockdowns, which added 8 points to her account with CORPOUBET AT and cost her the win. Mateusz Kiempa (POL) with LASSBAN RADOVIX finished with 4 penalties, but the solid foundation he built in two previous trials secured his victory. Kamil Rajnert (POL) jumped up into third riding GOUVERNEUR.

In the CCI3*-S, for the prize of Kuhn, the win went to Antonia Baumgart (GER) riding LAMANGO after their clear round inside the time. Julia Gillmaier (POL) advanced from fourth to second with RED DREAM PRINCES, and Pia Münker (GER) with JARD finished third.

The leaderboard was shuffled in the CCI2*-S, presented by the Wielkopolskie Voivodeship Local Government as well. Josephine Schnaufer-Völkel (GER) with GINGER SPICE 3, the leader after dressage and cross-country, had two poles down, which knocked her into 10th position. A clear round secured the win for Jerome Robine (GER) riding AVATAR 42. Caro Hoffrichter (GER) with JUST JAQUES jumped up into second, and third belonged to Pia Münker (GER) riding CASCABLANCA, who was clear on the fences but had to add 0,8 for time.